I also saw a few free wheelers on the muni cyclocross course too.
That was a fun event. Also one gal was wheel walking every time she got to the water spraying section where I was volunteering.

That’s a good question! I hadn’t thought about it, but if it’s not already been addressed, it’s past time. Freewheeling gives a definite advantage over pedaling, so it will probably have to have its own category. Right now I don’t think it does, but I’m not sure if our existing rules have a loophole for freewheels.

Freewheeling gives a definite advantage over pedaling, so it will probably have to have its own category.

I would say it gives a definite disadvantage, as it is way harder to balance and go fast on a freewheel than on a fixed wheel. It would be great to have a “freewheel” category but it is not mandatory as there’s no real advantage in freewheeling. In addition, what about Flick Flock? In which category should it go?

I don’t know about anyone else but I believe @dima (Dmitriy Bibichkov) competed in at least Muni Downhill Advanced at Unicon 18 on a freewheel. I didn’t even go to any of the muni events because I was focused on basketball (and settled for a Silver Woodal).

Sure, we were two freewheelers for advanced downhill and elite cross-country (Florian Kaiser and myself). In downhill, we both placed in the middle of the results - not really good but not bad either

Eyh, you forgot about me. I did the begginer downhill on mine, and I was not the slowest, so I am happy with that.

I have a free hub!! I would like to say a massive thank you to mowcius for selling me a hub which is very appreciated.

I have a 27.5” nimbus dominator 2 rim and some vcx cranks so I just need get my spoke lengths worked and ordered then I can get it built up!

Looking forward to learning freewheel in a kind of nervous way and excited way. I can see now I’ll be needing a similar set up on my 29”! Freewheeling to me, is becoming ubiquitous across the board. I must have one.

Slight change of plan in that I’ve decided to build it into a 20” first to learn on. A 20” rim was cheap enough so il start there and rebuild it a 27.5” if I manage/enjoy freewheeling.

The freewheel will currently go in a 29” frame that I use fixed wheel usually then get its own frame in time.

I’d be tempted to say that unless you’re learning inside, a 20" is really a bit small to learn freewheeling. The extra speed and momentum of a larger wheel can help.

So far I’ve found that I’ve been able to get away with swapping freewheel hubs into every fixed wheel I’ve tried without changing spokes. Yeah it might be 1-2mm off ideal, but it’s worked fine, and reduced my outlay for trying other wheel sizes. So far I’ve tried 32", 29", 26", 24", and 19".

Freewheeling gives a definite advantage over pedaling, so it will probably have to have its own category

Yeah, nah, I don’t think we are there yet (if we ever get to that). I’m yet to see anyone go faster on a freewheel than on fixed in person, and certainly not faster than with a Schlumpf hub, which is not in a special category at Muni races. I’m pretty sure I heard Ben used his Schlumpf for his XC win and he has the choice for pretty much all options: Fixed, Freewheel, Schlumpf, FlickFlock. (I don’t think that that is what gave him the advantage, he was the clear favourite on that course anyway IMO.)

I am excited to see what the future brings with flickflock becoming more common, maybe there will be someone who ends up using freewheeling to a definite advantage. I think it might need a young rider, right now most people probably have a mental barrier of how fast unicycles can go. I’m not seeing that happening very soon, it remains “just” a fun extra challenge in my view.

For specific sections terrain this is very much possible. Early days in my freewheeling journey I was doing this on fire roads on my 29" (but not faster than with a Schlumpf hub).

I really should get around to buying a decent brake and testing some 36er freewheel down some decent road hills… and get myself a new helmet and some knee and elbow pads beforehand.

I need to update what I said before about freewheels: They may have an advantage in downhill races, as early as tomorrow. Of course it depends very much on the course, and requires a skilled Freewheel rider. But when it comes to competition rules, it’s much better to think of things before they happen rather than after, which always leads to someone getting disappointed.

So the question will be, what to do about Freewheels in downhill races? Up until now, as mentioned above, Muni has been unrestricted. The reason for this was to encourage experimentation, and to not restrict what would be allowed. But in a world where we might soon have many people who can cruise down a great deal of mountain without needing to pedal, this could lead to a situation where they might need a separate division. It’s possible that in the future, riders might be going really fast on those.

It should be a fun topic in the next round of the IUF Rulebook Committee.

what to do about Freewheels in downhill races?

I really don’t think freewheels will ever have an advantage for Muni races. It’s way harder to balance on a freewheel than on a fixed uni, so we spend a lot of energy to stay balanced - that’s energy that can’t be used to go faster. That’s even harder on rocks and roots.

By the way, as said earlier, I have been the only freewheel rider making it to the second lap of the elite XC at Unicon so I’d say I have a pretty clear view on this point

I would however be pleasantly surprised if freewheels become at some point faster than fixed wheels!

It should be a fun topic in the next round of the IUF Rulebook Committee.

I agree with you on that point. It would be great to discuss freewheels for the next rulebook. Even though they are not faster than fixed wheels, it’d be great to have a category for freewheels so that it would encourage people to ride freewheels. The next question would be: what about switchable hubs, like Flick Flock? Should they be included in freewheel category or not?

For specific sections terrain this is very much possible. Early days in my freewheeling journey I was doing this on fire roads on my 29" (but not faster than with a Schlumpf hub).

I really should get around to buying a decent brake and testing some 36er freewheel down some decent road hills… and get myself a new helmet and some knee and elbow pads beforehand.

Yes, on pavement a short, steep hill can get you plenty of speed. I used to do runs where there’s a “Your speed is” sign at the bottom. In the last scene in this video I had a UPD trying to get the “15” on the helmet cam. You can hear my unicycle hit a car driving in the road. 15 MPH is much faster than I could pedal the 24" wheel (although other people may be able to pedal that fast) and I’m going hard on the brake. 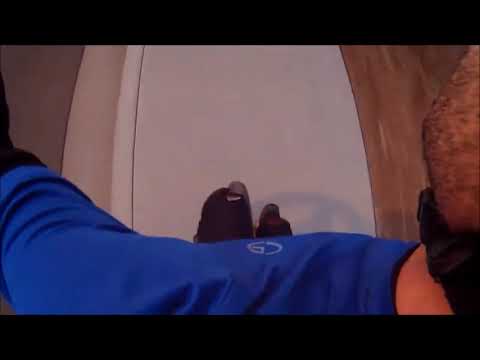 I really don’t see a need to act preemptively on this. It’s not like there is a grey area in the rulebook that needs to be fixed, so the only change I would suggest for now is:

There are no restrictions on wheel size, crank arm length, brakes, freewheeling mechanisms or gearing.

To clarify the current legality of freewheels in competition and avoid questions.

If anyone becomes disappointed because they have been beaten by someone with a different setup, I think that is their own problem, as long as the rules have been clear. Unlike larger wheels and geared hubs in road races, it is completely unproven if there is a significant advantage really in any case here. If it becomes evident that freewheels may become dominant, it’s easy to make separate categories. I see no gain and only risk of limiting what I think is some potentially great development to Muni by making categories right now.

I also really don’t see a sudden shift coming, let’s not pretend that freewheeling is a completely new phenomenon. Freewheel hubs have been in the hands of some very good riders for years and haven’t made them faster in any typical Muni race setting yet.

Here’s a cool new video by @toutestbon in case you haven’t seen it yet: 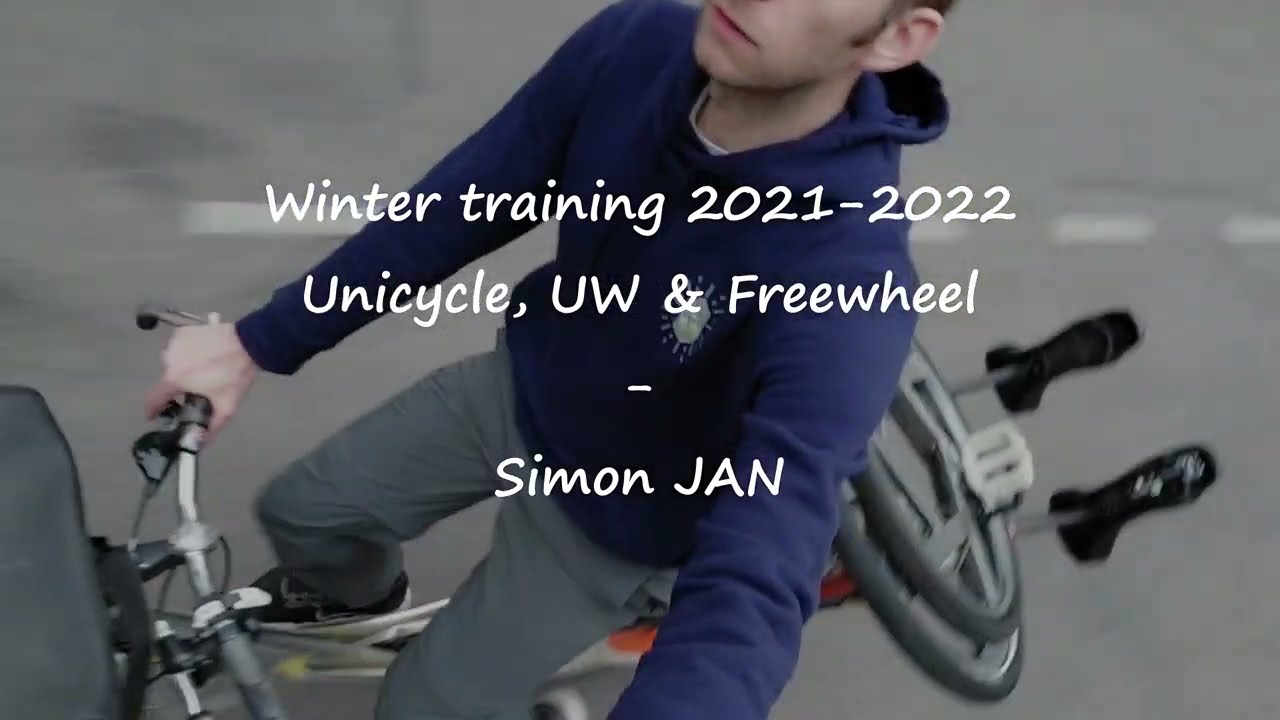 Thank you! I thought of it then forgot to share it here, oops!

Over the weekend I shot a video. I had a heavy backpack with my tripod, camera stuff, a big jug of Gatorade, and water. To conserve energy (and to prevent a

UPD) I walked to where I started filming and when I was done filming I walked back to my car because I was so tired. The whole time I was thinking, “This is a perfect use case for a Flick Flock hub.”

Just an update as i now have a freewheel 20" thanks kindly to mowcius for selling me a bicymple hub. Its running in a 29" frame which looks strange but if i get on with freewheel i will build it into a 27.5" as i have a rim already.

Ive not had a chance to try riding it yet but have sat on it which was a surpise as to how different it felt compared to a fixed.

Let the fun and falls begin!!