Where are unicycles manufactured?

I was intrested to see where they are made. So I looked on the frame. There is literelly nothing anywhere. The wheels, the cranks, you name it. No where.

The only clue I have is that the Qu-Ax is made in germany, because on the frame it says “www.QU-AX.de” and “de” is the TLD for Germany.

Apart from that, I’m guessing China or Taiwan.

Does anyone know/have any idea where they are made?

Isn’t everything made in China now?

Taiwan is the heart of the bike manufacturing world. Most unicycle components are also made there.
Qu-Ax is a German company, KH is a Canadian company. the do their design process it their home countries but have their components manufactured in Taiwan, like any other bike or unicycle company does.
That said, it’s not bad to have components from Taiwan. It’s the heart of the bike industry, there’s the knowledge how to produce thousands of components at constant quality and reasonable pricing.

That said, it’s not bad to have components from Taiwan. It’s the heart of the bike industry, there’s the knowledge how to produce thousands of components at constant quality and reasonable pricing.

Not so far away from the truth in a way.

Yeah because I don’t care if it’s an underpaid 10 year old making my stuff, as long as they do it right.

I thought I might be able to get all self-satisfied that my Conundrum had been made in the US, but, alas, that’s likely not so. I don’t really have a problem with parts being made offshore, though my preference is for products made here.

"Where are your frames and components manufactured?

Most of our products (including all frames and forks) are manufactured in Taiwan. There is a vast infrastructure there for the making of bicycle-related things, they do an incredible job (our warranty rate is well below 1%), and the people who we work with are our long term business partners and friends, so we have a vested interest in each others’ welfare. We visit our manufacturers at least three times a year to check in, solve problems, and commune with each other in person. Also note that our frames are not built by some sort of robot, but rather by human hands belonging to experienced professionals."

Yeah, pretty much every single bike and unicycle company produces in Taiwan. I think there are only a handful of really small (and expensive) companies that don’t. The one that comes to mind is the bike company White Industries, from their website: All our products are manufactured in our Northern California manufacturing facility, and we are proud to be able to say that our components are made in the USA. 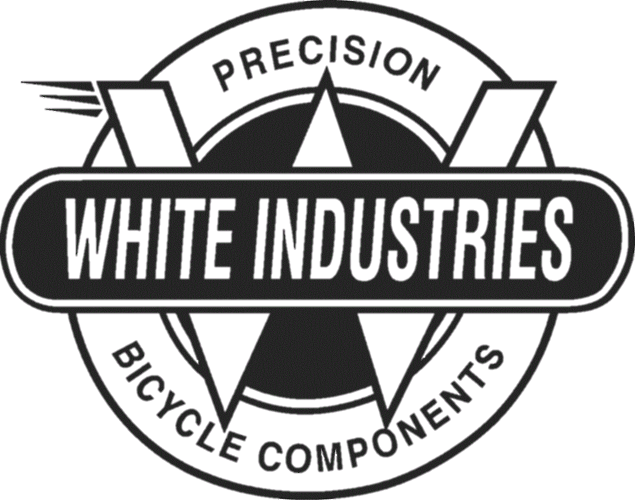 
Needless to say, I’ve heard great things about their products but I’m never been able to stomach the prices… which is the main reason why almost every company produces in Taiwan: because of the experience and infrastructure, the same quality, volume and flexibility simply costs way more anywhere else (you also have to consider changing demand and suddenly needing an order of 10000 frames next month and then the following month zero. No other place can deal with this changing demand - price effectively at least).

But even they don’t make unicycles or even bike frames. I guess there are probably a few really high-end bike companies that still produce their frames in the home country (USA/Canada/Germany) but not many. On numbers I would guess far less than 1% are not made in Taiwan.

Yeah I thought I knew one: Ventana: http://www.ventanausa.com/

And I found a list of bikes made in the USA: 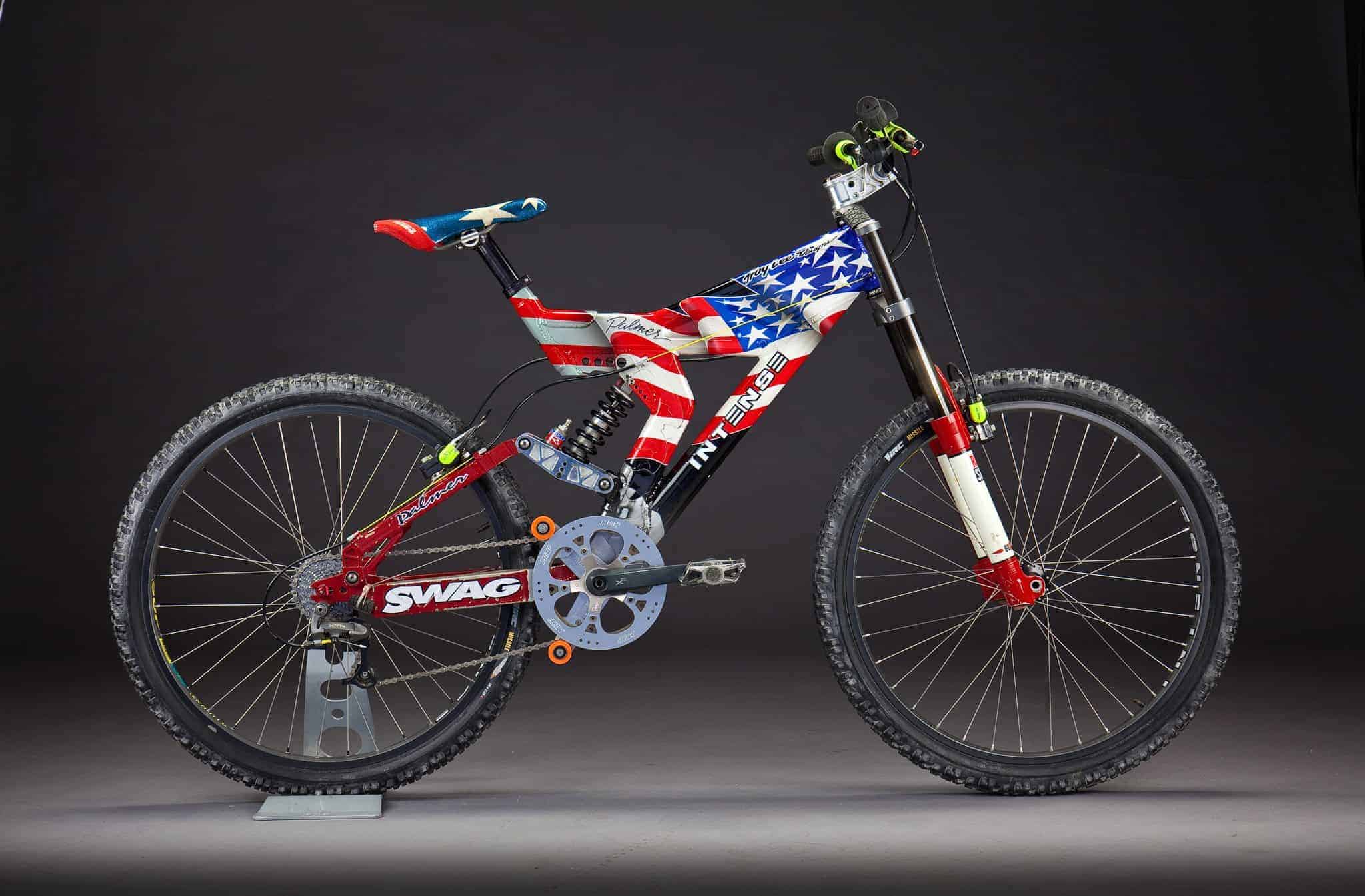 Ultimate Listing: Mountain Bikes Made In America in Sep 2020 - OldGloryMTB.com

But the only 5 on the list that I have ever heard of and seen in wild: Ellsworth, Foes Racing, Intense, Turner, Ventana, but all definitely way high end.

For unicycles there are at least a few exceptions: Triton unicycles: Titanium frames and components made ​​by hand in Russia

Hello everyone! There are a few threads already talking about my unicycles, I’ve also been dealing with some riders on the forum for specific set up and different options of unis to finaly start my “production”

So, I’m posting this to announce the first unicycle frames out for riding (minus my 3 protoypes

)! These ones are already sold and soon to be boxed up and shipped, but I still have enough material for a few ones! All the frames will be Schlumpf Compatible and compa…

My Torker was made in China.

But that’s only seasonal, was my understanding.

Yeah, pretty much every single bike and unicycle company produces in Taiwan. I think there are only a handful of really small (and expensive) companies that don’t.

Taiwan is the main source of good to great quality stuff, but there is bicycle manufacturing in lots of other places. Buy a bike at Walmart and it’s more likely to have come from mainland China. Or most “cheap” unicycles on eBay. Chinese manufacturers continue to get better, but I think they will be playing catch-up with Taiwan for a while longer (they make pretty good iPhones though). Millions of bikes are produced in India, I’m sure. Last I heard, Miyata still does all its manufacturing in Japan, though this priced them out of the US market back around 1993 or so. Many of you newer riders may not even know of the Miyata brand, but in the 80s, 90s and early 200s it was the go-to brand for Track and Freestyle.

In America (and I assume Canada, Western Europe, etc) there are many boutique manufacturers of bike frames and specialty components. Most of these, I think, are handmade, while some may be made in small production runs in semi-automated factories. Aside from the cost of doing business, those forms of manufacture are more expensive so usually what people are making is custom or very high-end stuff. Bronson Silva, of SilvaCycles, makes high-end touring frames and other bikes, but these are made to order. I think the same is true for most bike frame makers in the US.

And most of that is about frames. When it comes to most of the other parts, they are even less likely to come from “expensive” countries. Things like rims, tires, small parts, brakes and shifting mechanisms. Does Campagnolo still manufacture in France, Shimano still manufacture in Japan? These can probably be looked up (not that you need either for your unicycle).

In the 1970s you could get a Columbia unicycle, which had an American-made frame and seat (not sure about the other components). In the 80s you could still get an Emory unicycle, made by hand in Florida. And I think Schwinns were made in the USA up to 1983 or so (not 100% sure). I remember hearing once that the Schwinn Giraffe frames were made in France, but have no idea if this was true. Possibly the USA, possibly Taiwan. The Schwinns from 1986 and later were coming from Taiwan.

(But again, things like tires, spokes, pedals, etc, are probably always from “off-shore” no matter who makes the frame.)

I think Mad4One are made in Italy … not sure though

He’s in my category “dirty hands”. I had him on the phone for one hour last month. Had one customer this year. Sold one large chain to an huge idiot. He’s beaten out of competition, by what’s my category “box movers”, who think they are clever.

He’s in my category “dirty hands”. I had him on the phone for one hour last month.

Wait. You had him for an hour, or he had you? He was famous for keeping people on the phone forever.

He’s beaten out of competition, by what’s my category “box movers”, who think they are clever.

Poor Tom/Tommi, he’s severely allergic to sound business practices. If he wanted, he could probably work full time making custom unicycles and novelty cycles. But he always tended to undercharge, and sometimes take forever to complete a job. I waited exactly a year for my original Big Wheel (45"), though other projects got done a lot faster. I hope he’s still making things for people to ride.

My apologies to Campy! Thinking they were a french company, shows how much of a road bike expert I’m not.

Imagine how much less a Schlumpf hub would cost if they were made in Taiwan. But that would/could never happen since it’s such a niche item, and not mass produced. A spec of sand in a sea of bikes.