Unicycle on a treadmill.

Has anybody else tried this? I haven’t been steady enough to let go of the framework, but I have gotten a decent cardio workout!

I want to see this…can you please post a video?

I’ll see if we have the equipment to post a video, it may take some time, but I’ll give it a try.

A while back I found some treadmill videos on youtube and put them together:

I have a 56 second video on my iPad but it won’t upload. It says, “Invalid file”.

After seeing the other videos mine’s really no big deal. I didn’t let go of the treadmill frame. At least we know that it can be done. Thanks MuniOrBust for showing us how!

those were funny!!! Liked the guy playing guitar and riding his uni.

That was a great video compilation! Is it just me, or did every single one of those tread-riders have their seat way low?

Really funny video!
Agree with John, most look like they can’t unicycle though, and thought the treadmill would be good practice…

Excellent footage! It just goes to show if you want to try this make sure you have a clear perimeter. I could easily see someone shooting their uni through a window.

On a similar note, has anyone tried unicycling on rollers?

I think there’s a few people on this forum who have done rollers - On some of my threads people have advised me to train on them, which sort of makes me assume it’s been done!

Love the way the treadmills spit out the riders when they UPD as if to say, “OK, you’ve had your fun, now get the hell off me”.

Ha! But tradmills don’t discriminate. Anything that can’t run gets ejected off the back. Equal opportunity!

That was a great video compilation!

Agreed, and the Benny Hill theme music was the perfect choice for it.

I’ve been unicycling in this one, so before it got stupid bars to hold on to. 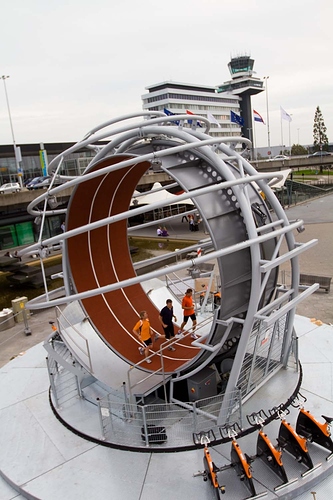 Ha! But tradmills don’t discriminate. Anything that can’t run gets ejected off the back. Equal opportunity!

love that treadmill, leo, looks rather more fun than a normal one.