I am new to this. First, hello to all of you.

I am curious if anyone owns, has seen, or has ridden one of these unicycles? I am unaware of the cost (it seems to be relatively scarce on the internet). I figured, it being sun, it would be around $300 or less.

I have a nimbus 24" muni that I am totally pleased with. I am not pursuing this in the interest of buying one. It does seem to me however, that this is potentially a good alternative for first time Muni buyers. The Sun website says that the uni is splined, has an aluminum frame, and has a triple wall rim.

I figure someone out there in unicycle land has ridden one of these things.

Perhaps no one has ridden one.

I looked into this unicycle a bit more.

It is apparently 10 lbs! Which seems unbelievably light. This would lead me to believe that it is compromising strength somewhere, yet, I do not know. It does have a triple walled rim. It only comes in 24" and I found a few places selling it for $200 shipped.

Am I alone in thinking that, barring some unseen fault, this is a great deal for a first Muni.

Welcome to the forums. Would you be able to supply us with a link or picture of this uni. It’s not one that I’m familiar with.

less than I expected…

Here is the link:

Brought about by my curiosity, I wrote an email to Sun Bikes and asked about the Uni.

They responded that the unicycle weighs about 11 pounds, is splined but not ISIS, and would withstand serious hopping and off road riding.

From my perspective, the splined but non-isis nature of the uni makes it almost totally useless. A broken part would render the unicycle unusable. I do not understand the motive behind making a unicycle incompatible with unicycle components. A quick look at these forums would tell anyone that unicyclists are fond of customizing/upgrading their unicycles.

Well you could maybe get around the non isis but there are some other problems
-The tire is very thin 2.1"
-There is not much info on the cranks, leaving me to beleive they are weak
-Its silver

Still, Sun is a major quality volume player in cheap marginal unis that aren’t a complete rip off. Sun is a quality low end brand, in the sense that they make a serious effort to hit that bottom price with a real uni that sucks less than their competitors crap marginal unis.

I don’t see KH sweating this out, Sun already out sells KH 10 to one. More than that really, I like to make up numbers, it helps to explain things.

I like this new Sun. The tire is to narrow, but the advance is clear over their past products, and it will be cheap.

Maybe in a good way, not a crappy pot metal let you down way. There is cheap, and then there is using garbage materials to maintain profit cheap. Sun hold’s their head high, creating a sorta trusted brand of cheap.

170 mm cranks cheap ! This is only because this is a bicycle crank length. Sun is using a surplus of cheap 170 mm bike cranks to fit their cheap munis because it is a surplus bike part. Not that this is bad, if the price is right.

All around the world, people are now riding 24 munis with narrow tires and surplus 170 mm bike cranks.

It is still a great advance for Sun unis and I applaud them.

I happened to see one of these for sale locally today. It’s being advertised as ISIS, which matches the description on UDC. So I assume that there is a newer ISIS version than the non-ISIS version previously discussed on this thread. Having never owned a uni with an ISIS hub, can anyone confirm my assumption that I would be able to tell if this is the ISIS version by visual inspection? Or do I need to take the crank arm off to tell? Before I drive 45 minutes to go look at this uni, I figured I’d better not make any assumptions.

Thanks in advance to anyone who is inclined to respond.

I have owned a splined uni and currently own 3 isis unis,

I say owned for the splined uni as it is now at the dump as it broke whereas my 3 isis unis are still running like new. firstly i am heavy (6’5" and 100kg i think about 220 pounds) so i do put quite a strain on unis.

I would say if it is isis it probably would be ok but if it is only splined if it where me i wouldn’t get it.

from what i know i think it would be hard to know which it is with the cranks still on tho not impossible, KH moments if you look closely you can see ten gaps for the isis hub this might not make sense so i took a picture. I dont know what cranks the sun has so i wouldn’t know if you could see this with its cranks still on sorry.

I hope this helps 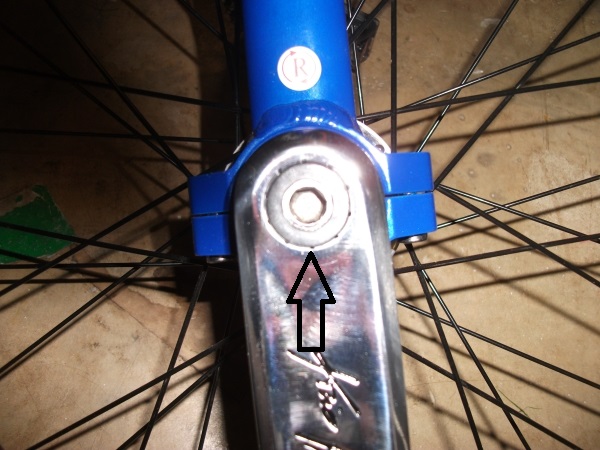 Yes, that’s very helpful, Sam. Thank you very much. I agree if it’s not ISIS, I won’t get it.

no problem, i am always happy to help

Darth,
I saw that one on KSL today too! I though about it until I thought about the price of a divorce…

FWIW, on my Nimbus and Impact unis (both ISIS), I can’t see the splines behind the axle/cap bolt. That said, they’re 8 mm allen, and it’ll take 30 seconds or less to take the Axle/Cap bolt off and you’ll have a clear view of the splines.

Hope I’m not too late to be helpful…

Maybe this isn’t exactly the same but they have a sun flat top on unicycle.com for 260 and the description says it uses an isis spline. Any thoughts?

Maybe this isn’t exactly the same but they have a sun flat top on unicycle.com for 260 and the description says it uses an isis spline. Any thoughts?

At 17 lbs. it’s also a great alternative to a boat anchor.

Actually looks like an awesome Muni for the price…

Found it a little cheaper too

Hope I’m not too late to be helpful…

No, that is very helpful. Thank you. I asked him if he was firm at $150 and he said yes, so I’ll give it a couple weeks and see if it’s still for sale.

Meantime, I sent the link on to a local unicycle buddy of mine who’s been looking for something a little more rugged than his street uni.

No, that is very helpful. Thank you. I asked him if he was firm at $150 and he said yes, so I’ll give it a couple weeks and see if it’s still for sale.

Meantime, I sent the link on to a local unicycle buddy of mine who’s been looking for something a little more rugged than his street uni.

Yeah, other than the $50 cokers, which some people snap up instantly, most of the other unis here don’t move very fast - especially the non-entry level ones. I’m guessing his price will get less firm. Good luck.

Yeah, other than the $50 cokers, which some people snap up instantly, most of the other unis here don’t move very fast - especially the non-entry level ones. I’m guessing his price will get less firm. Good luck.

…which some people snap up instantly…