Last year I started a thread on how an article was written about him in one of the newspapers.

This time it is Erlend’s turn… kinda. Recently there was is an article about him in another of our newspapers. Sadly the article is behind a paywall… but at least you can view the pictures (just scroll down on the page).

The reason I won’t go so far as to say that this article has made Erlend famous, is that he is already a very well known author here in Norway. In fact, some (all??) of his books are available, translated into other languages. Rather, I think that having someone already famous doing this is highlighting the sport/activity and probably generating positive interest amongst the general public, in a way that the rest of us could not (pretty sure people still assume I am just a clown). So… Thanks for that Erlend!

I’ve read a couple of his books, Tatt av Kvinnen and Naive Super (as audio books). Had no idea he was a unicyclist. And riding 20k-30k to start his day? That’s not just casual riding!

Hmm… I initially read the print version but now I look at the online version I realise it is much longer and more detailed. Kinda frustrating that I can’t translate and share this.

Wow, he is riding a hatchet. Must be a nice guy.

I don’t know Erlend but I follow him on twitter and have also had a handful of short interactions with him there and yes, he seems like a very nice guy.

Mr Impossible, I think you are wrong. Goggle translate says to me: “After two or three miles on unicycle before breakfast, the day of Erlend Loe is already perfect.” But nevertheless, doing it every day is a lifestyle, doing it 1 or 2 days a week is just a hobby.

No Google is translating the units wrong, which is a common mistake for Google translate in my experience. The are interpreting mil as mile. And indeed I have even heard Norwegians occasionally say this as well but it is a misunderstanding of two similar sounding words (granted they have some shared etymology). 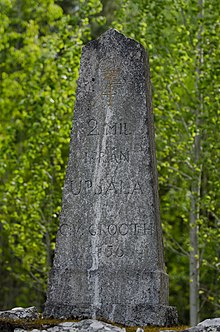 A Scandinavian mile (Norwegian and Swedish: mil, [miːl], like "meal") is a unit of length common in Norway and Sweden, but not Denmark. Today, it is standardised as 1 mil being 10 kilometres (6.2 miles), but it had different values in the past. The word is derived from the same Roman source as the English mile. In Sweden and Norway, the international mile is often distinguished as an "English mile" (engelsk mil), although in situations where confusion may arise it is more common for Scandinavian...

I hope this time Google translate is ok:

“What are you doing? Someone shouted after me in the woods this morning.
Well, I’m trying to get 42 million followers on Instagram so I can live off this.”

I hope this time Google translate is ok:

“What are you doing? Someone shouted after me in the woods this morning.
Well, I’m trying to get 42 million followers on Instagram so I can live off this.”

And how do you know Norwegian, Fetzenschorsch? I reckon you first read it and then translated it only to post on the forum.

And how do you know Norwegian, Fetzenschorsch? I reckon you first read it and then translated it only to post on the forum.

I do not understand norwegian, but I was interested in what an unicycling writer had to say about unicycling and the above quote of his instagram account I found worth posting in this forum.

He is indeed a funny guy, this is obvious if you read his books. Also while not at quite 42 million(!!!), his twitter account isn’t doing too badly (IMHO) at 96.9K followers, especially when you consider he writes there almost exclusively in Norwegian and Norway has only 5.4 million inhabitants.

P.S. He also writes kids books (which are pretty good) and does reviews.

… I hope this time Google translate is ok: …

Why do you understand Norwegian? Are you Eric the Viking?

Why do you understand Norwegian? Are you Eric the Viking?

I’m learning norwegian (bokmål , to be precise) for two years now with babbel. I’m not that good, but it’s often enough for some basic understanding, especially in written language.
The fun fact is, in our company many workers have nicknames, and some really call me “the viking”. But that’s not because of the language but because of my long hear and ginger beard. 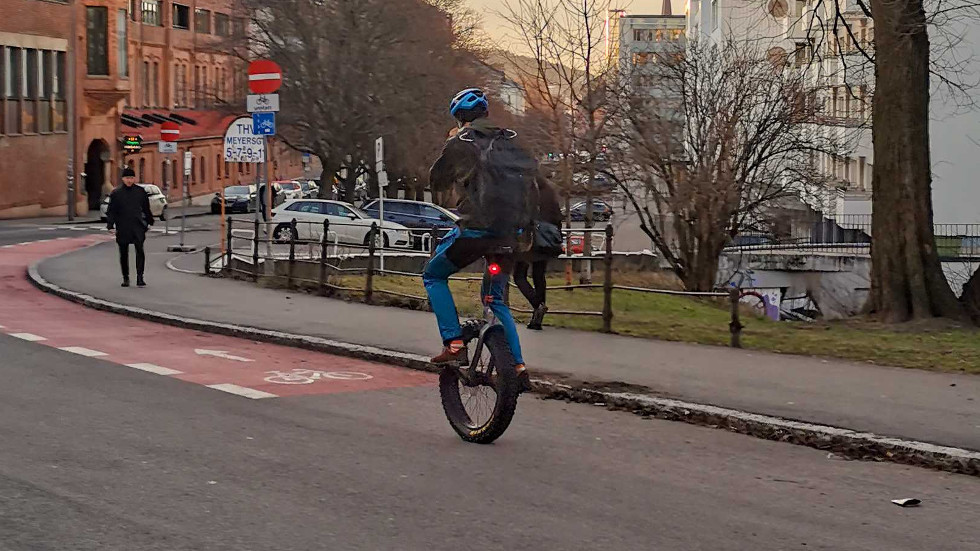 That is not me. Judging by the hatchet and helmet colour, that is Erlend.

From our company internal slack channel! 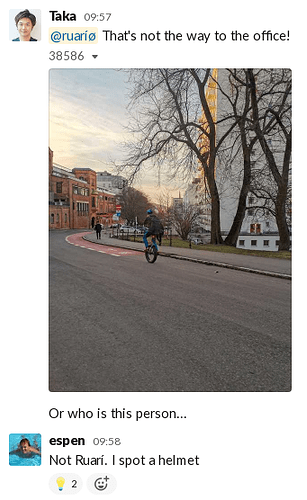 Judging by the hatchet and helmet colour, that is Erlend.

… and because of the tail light under his saddle:)

He also confirmed it to me 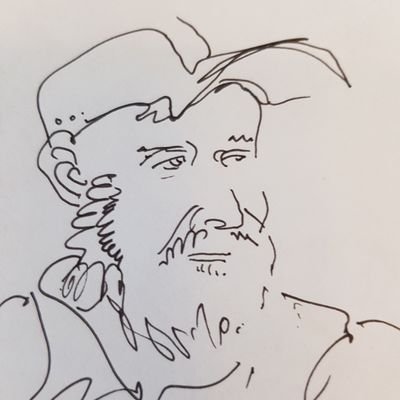 @1wheelcommuter @GuiHuang Yup, that´s me this morning. I was going down to Filmens Hus to watch a film. Did not touch the ground with my feet between Tåsen and Filmens Hus, just sayin´.