Officially the first tutorial on the channel! I decided to do an in-depth tutorial on how to Crank Flip. If you want to help out the channel & know someone or some group that would benefit from his video, please consider sharing as it would really make my day & also help push this wonderful sport

Hopefully you guys enjoy & I would love to hear any feedback or advice you guys have (expert or beginner). 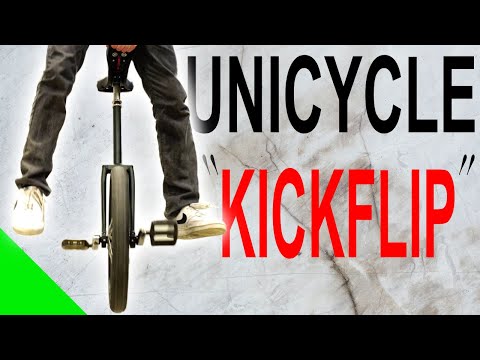 How many shins did you break learning how to do those? In all seriousness though, the way you lay it out makes me think I might have a chance one day, probably need a solid 20” uni and some shin guards though.

Good breakdown of the basic technique, I like this kind of tutorial. Long enough to give people the most important pointers, but not so long that people won’t make it through. (I think the “Kickflip” comparison is secondary and “crankflip” should be in the thumbnail instead, but that’s just minor critique and my personal taste).
Crankflips were one of those tricks that completely didn’t work for me, until one day it just clicked and became pretty much consistent immediately.
I’d highly recommend shin pads (although I think it’s impossible to break shinbones with your pedal, but the cuts and bruises are painful and annoying enough).

It wasn’t too bad to learn. I did throw on shin guards when I was first learning though. Dude you definitely can crank flip! It’s super do-able. It’s just really hard to commit and wrap your head around, but once you get it once it usually clicks. It is a big mental block!

Thanks Finnspin! I’m glad to hear that because that was exactly what I’m trying to go for. The 10 minutes I was afraid would maybe be too long for some people, but I also want to make an “in-depth” tutorial. This tutorial was even cut down from the original 14 minutes I had before uploading

I know what you’re saying with the thumbnail and the kickflip comparison. My logic there was that the title says it all & that I could add something more eye catching to the thumbnail as to not waste visual real estate with any repeated words or descriptors. I was wondering about this choice & still am so it’s nice to hear that feedback.

As someone who skates too, the crank flip is a very close comparison to the kickflip & literally feels the exact same way you just describe: "Crankflips were one of those tricks that completely didn’t work for me, until one day it just clicked "

They feel like such foreign tricks when you’re beginning & just wrapping your head around the idea at first is just so damn hard. But the concept is simple, execution of something you’ve never performed before & have no familiarity is the hard part.