Trip to US (LA and Moab)

Trip to US (LA and Moab)

I went to Los Angeles in April to visit @timoteusmunk for 3 weeks. This included a 6 days trip to Moab which was arranged by @LanceB

I’m in the process of editing videos from the trip, and so far I’ve finished the first 2:

Most of the video was shot with a GoPro Max 360 camera which I really like after they finally released editing software for Windows.

Cools videos!
Now we need subtitles for the first one so we can get the jokes!

In the beginning of the first video I ask Tim if he remembers the last time (2018) when I told him to keep his head still when filming. I was really nagging him a lot about it (the videos still came out pretty shaky). And then I remind him that the ‘keeping head still’ still applies.

As it turned out, it didn’t matter because the stabilizing function on the camera is so good. You can actually see how much the helmet below the camera moves around.

The rest was just small talk I think.

As it turned out, it didn’t matter because the stabilizing function on the camera is so good. You can actually see how much the helmet below the camera moves around.

That makes sense!
And funny you say that, I was thinking the same when I looked at where the helmet is supposed to be. The software does a pretty good job at making it disappear! There are the occasional glitches, but still, very impressive.

Moab looks like a lesson in dealing with trail camber.

The Slickrock is mostly up and down, so it’s very tiring

This is video no 3 from the list above: “3. Slickrock Trail, Moab with Tim”

We had an amazing second day in Moab when we rode the Slickrock Trail main loop. There is a lot up and down as I mentioned, so we had to hike a lot of the hills to get through the 12 miles loop. I think most of the trail is rideable for a unicyclist in good shape. It’s not that difficult but extremely tiring (well, some of it are quite steep). 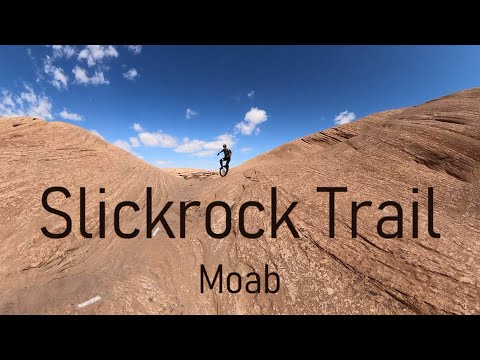 Looks amazing!
Is it pure rock weathered by all the wheels or is it vaguely sandy? It’s hard to say from the video - I’d say pure rock though. I almost wonder if a wide road tire would be better than a knobby tire!

Yes, it’s pure rock. I never thought about the tyre, but I’m sure a road tyre would be good at Slickrock. We also rode Porcupine Rim Trail, where a knobby tyre was the right choice.

This is video no 4 from the list above: “4. Porcupine Rim Trail, Moab with Tim”

Porcupine Rim Trail has to be the finest place I’ve ever ridden a unicycle. It took us more than 7 hours which is pretty slow compared to others, but I was exhausted. I hiked quite a bit of the middle section, but Tim rode most of it. The trail is technical, but except for a few short sections it’s very ridable even for a mediocre rider like me. You have to work for every meter though.

The video is filmed with 2 cameras, an old Gopro Hero 4 Silver and a Gopro Max 360 camera. 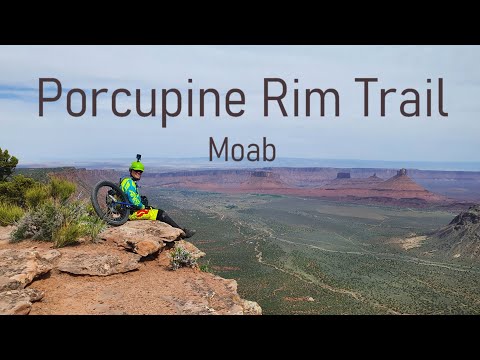